This year, the Spanish town of Toledo commemorates the 4th centenary of the death of El Greco with an impressive program. Read moreContinuar Leyendo → 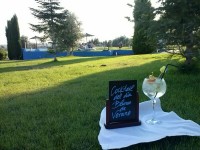 Medieval city, Jewish quarter, mosques and churches coexist Jan is city on the Tagus. Just walking around the city becomes a transit through the three monotheistic civilizations that transports us to another time where coexistence between religions was a daily reality. The solemn Cathedral Zocodover the neuralgic or imposing Alcázar facing the Tagus are just a few examples of the many monuments and historic buildings houses the cities. Alcazar: On the highest hill in the city, 548 m, dominates the skyline of the isolated mole rectangular Alcazar. It is one of the few buildings exempt from city. The remains of earlier structures indicate that it was always a fortified place, from the Roman praetorian defense of Muslim citadel. Monastery of San Juan de los Reyes: The church was built to house the dynastic pantheon of Queen Isabel the Catholic, dedicated to St. John the Evangelist, which was devoted to the … Read moreContinuar Leyendo → 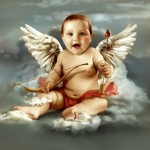 In this month of Love and Passion enjoy a champagne welcome, a romantic dinner, romantic details in the room, a Late Breakfast 12:00, hydrothermal relaxing in Water & Light Spa and a late check out …. The perfect romantic getaway! Read moreContinuar Leyendo →